The End of Season Club knockout

Except for the final, each round shall be played on Tuesday and Thursday evenings. The start time will be 6 pm with 15 minutes grace being allowed. Any rink failing to be available to start within the period of grace shall forfeit their game, and 10 shots shall be awarded to the opposing rink which shall be added to that teams score. 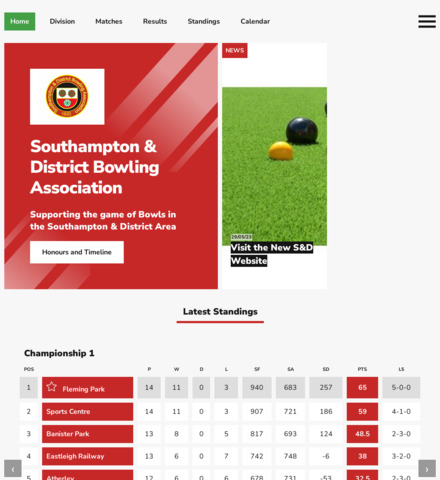 How do I register?

To register for Southampton & District Bowling Association - Ken Marsh Trophy 2022 you will first need to sign into your LeagueRepublic account or if you're new to LeagueRepublic, create an account.

Are you new to LeagueRepublic?